Phone manufacturers are always coming up with modern solutions that bring a positive impact on many people, and waterproof phones are among them. The frustration of a phone falling into the pool and cannot be fixed is so imaginable and can really cost you tons of money. That is why, nowadays, phones have a waterproof feature to save people from this distress. There MetroPCS waterproof phones are among the phones that have such a feature.

You may be thinking that a waterproof phone may cost you a lot of money, but that’s not the fact. There are low and mid-budget smartphones that offer waterproof capabilities but for a limited amount of time. The phones can be ranked among the Metro PCs Compatible Phones since they are very affordable, and they also come from brands you are familiar with like Samsung, UMDIGI, and many more.

Today I will help you demystify some of the best smartphones that are waterproof and very affordable. All the phones I will mention range from mid-range to flagship devices. So, read ahead to learn more.

Can you financing for a MetroPCS waterproof phone?

Financing a mobile phone applies regardless of whether the phone is waterproof or not. However, there are some things you must know before thinking of getting financing services. The most important part or question to ask yourself is, are you eligible? Below are the conditions for financing; 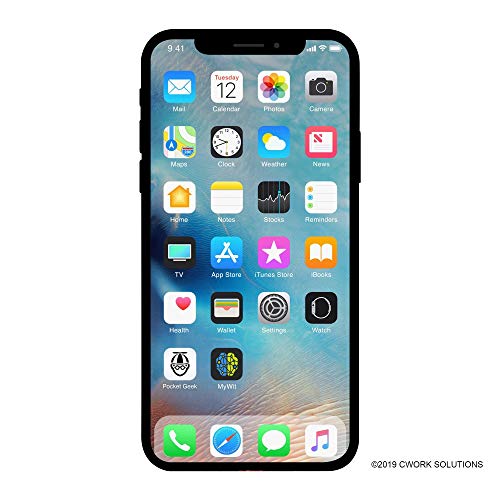 First on our list is the iPhone X, one of the best flagship devices in the world as of 2019. The phone comes with lots of features to ensure the user gets to enjoy the phone to the maximum. It has a Super Retina OLED touchscreen with a resolution of 1125X2436 pixels.

The screen is 5.8 inches in size, and it is also scratch-resistant. The phone is not only waterproof but dust-proof. This means you will never experience glitches in the ear or mouthpiece. It runs on iOS 11.1.1 upgradable to iOS 13.2, which is quite reliable.

The phone has an Apple A11 Bionic chipset for powerful performance when gaming and loading of apps. The memory ranges between 64 and 256GB while RAM is constant at 3GB. It has a dual 12 MP camera, and the selfie camera is 7MP.

The phone allows fast-charging up to 15W such that 50% of power is attained in 30 minutes. The battery capacity is 2716 mAh. You can buy the phone at all MetroPCS stores countrywide. 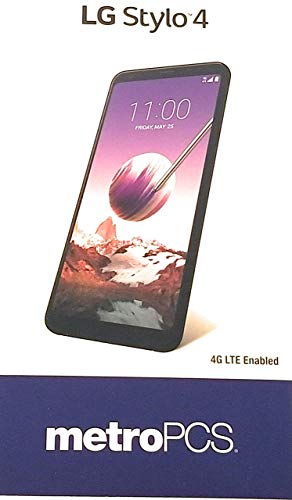 Second, on our list is a phone that has been featured on the MetroPCS phones and plans for low-income families. This phone uses several network technologies to ensure you get the best performance in terms of speed and reliability.

The phone only weighs 172g, which is very light. The phone has an IPS LCD touchscreen of 6.2 inches in size and a resolution of 1080X2160 pixels. LG Stylo runs on Android 8.1, and it uses a Qualcomm Snapdragon chipset that works perfectly with the 1.8 GHz Octa-core CPU.

It has a memory card slot that can expand the memory up to 1TB. The internal storage is 32 GB, and RAM is 2GB. It features a 13 MO main camera with features like LED flash, panorama, and HDR. The selfie camera is 5MP with basic specs.

The phone comes with a 3.5 mm jack for slotting in earphones, and you also get DTS: x Surround sound system. The phone also allows fast-charging up to 10W, and you also get a Non-removable 3000 mAh Li-Ion battery. Stylo 4 costs around $240 across MetroPCS stores. 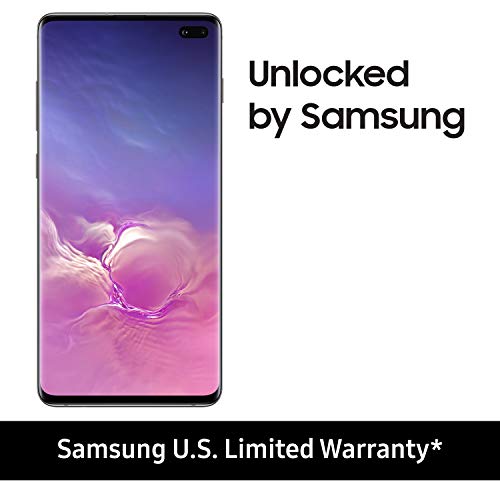 S10+ can be ranked as the epitome of smartphones as of 2019. The phone allows several network technologies making it easy to switch carriers. For waterproof capabilities, S10+ cannot be affected in water if it is above 1.5 m in 30 minutes.

It has a Dynamic AMOLED touchscreen of size 6.4 inches and a resolution of 1440X3040 pixels. The screen is also protected with a corning Gorilla Glass 6. It runs on Android 9.0 slash One UI to deliver the best performance. You also get a dual chipset and a powerful CPU to bring in the best performance.

The phone has a memory card slot up to 1TB, and the internal memory ranges between 128 GB and 8GB RAM, 512 GB and 8GB RAM, and 1TB plus 12 GB of RAM. The main camera is a triple 12 MP with features like LED flash, panorama, and HDR.

The selfie camera is a dual 10 and 8MP, and it can take quality photos and videos. The battery capacity is 4100 mAh with fast charging capabilities with the USB-Type-C. S10+ battery life is up to 91 hours of standby time. 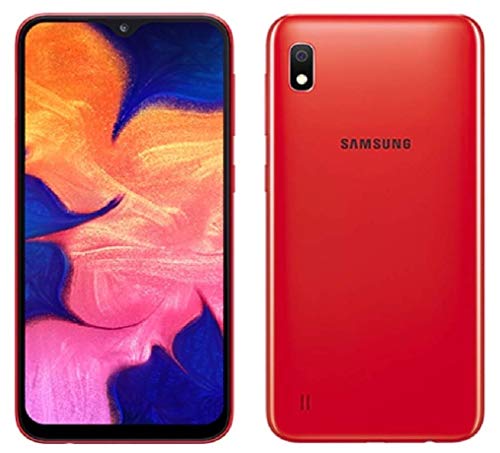 The phone was announced in February 2019, and the market target was both middle- and high-income earners. The phone allows several network technologies to be used by it, making it very reliable, just like the MetroPCS compatible phones.

The selfie camera is 5MP and has an LED flash. The phone also features active noise cancellation capabilities, and the sound system is ambient too. Battery capacity is 3400 mAh and allows fast charging capabilities. 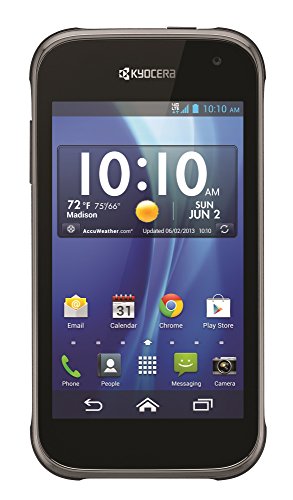 Just from the name Hydro, you may presume that this phone is indeed hardcore waterproof. The phone was released back in 2019, and it is still a good phone, especially in the ranking of cheap phones for kids. Not only is it water-resistant but also dust, humidity, rain, solar radiation, and thermal shock resistant.

It has an IPS LCD touchscreen with 4.0 inches in size and a resolution of 400X800 pixels. The phone runs on an outdated Android 4.1.2 version with a Qualcomm Snapdragon S4 Plus chipset. It has a dual-core 1.2 GHz CPU, and the GPU is Adreno 225 for better graphics.

The phone allows a memory card slot that can have a maximum of 32 GB memory. You also get 4GB of internal memory and 1GB of RAM. The main camera is 5MP with an LED flash while the selfie camera is 1.3 MP. It has a removable 2000 mAh battery that can last up to 12 hours of talk time.

The standby time is 408 hours. The phone is available in Metro’s online store or their retail stores countrywide. However, you should hurry while stocks are available since the company stopped creating this phone. 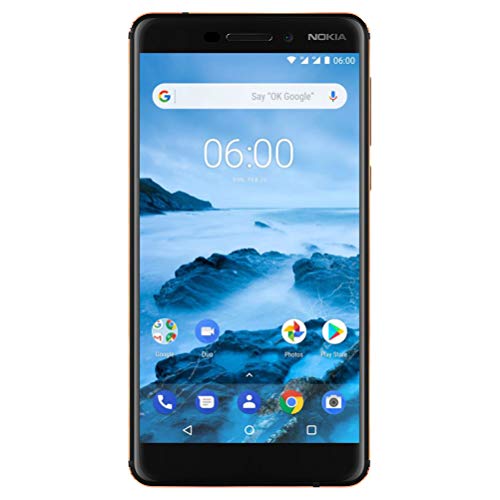 Nokia is a brand known best to be among the best unlocked cell phone deals. It is also solid waterproof for a depth of 15m in 30 minutes. The phone was available in January 2018, and it has sold thousands of units as of 2019. The phone has a body dimension of 148X75.8X8.2 mm.

It only weighs 172g, and the body is made of strong aluminum. The phone has an IPS LCD touchscreen with a resolution of 1080X1920 pixels, and it is 5.5 inches in size. The screen is also protected by a gorilla glass 3 that happens to be scratch-resistant too.

The main camera is a single 16 MP with features like Zeiss optics, dual-LED dual-Tone flash, HDR and panorama. The selfie camera is only 8MP. Nokia 6.1 has a 3000 mAh non-removable battery that also offers fast charging capabilities at 18W. 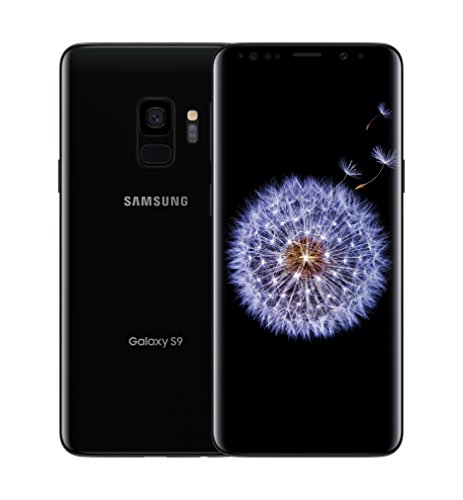 Before the premiering of the Note 10 and the S10 series, the S9 was among the best devices to go for in the market. The phone uses both GSM AND CDMA network technology hence compatible with many carriers. The body dimensions 147.7X68.7X8.5 mm.

It also has dust-proof, and the waterproof capabilities work in 1.5m depth for only 30 minutes. S9 has a Super AMOLED touchscreen of size 5.8 inches and a resolution of 1440X2960 pixels. The screen is also protected by the scratch-resistant Gorilla Glass 5.

The display comes with other features like HDR10, 3D Touch, and always on display. It runs on Android 8.0, but you can upgrade it to Android 9.0. The phone uses two chipsets; Exynos and Qualcomm snapdragon 845. It has a dual Octa-core CPU to deliver the best performance.

S9 comes with a memory card slot of up to 1TB, which can expand the phone’s memory from 64, 128, or 356GB. The Ram also varies with the level of internal memory you choose. For security, you get an ambient fingerprint scanner, which is rear-mounted. The battery capacity is an on-removable 3000 mAh, and S9 also includes fast charging capabilities. 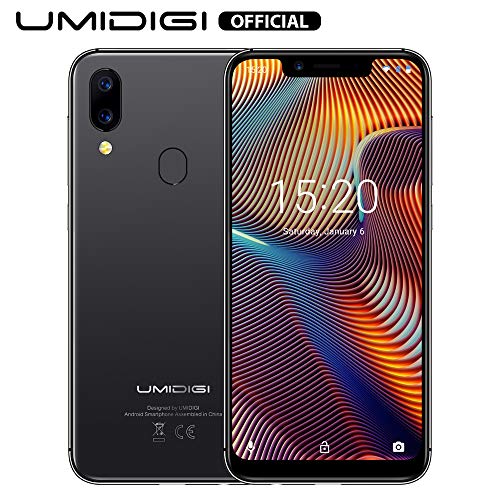 UMIDIGI is one of the vibrant upcoming phone providers in the market as of 2019. The A3 PRO comes with a vast array of perks that you will really love. The phone is waterproof for up to 1.5 m in-depth, and the time frame is short. It has an IPS LCD display with a resolution of 720X1512 pixels.

The screen to body ratio is 78.99%, and the screen only measures 5.7 inches. The main camera is 12 MP with dual-LED flash and HDR capabilities. This allows you to capture the memories in high resolution. The Operating system used is Android 8.1 Oreo, and the chipset is a MediaTek MT6739.

It has a 1.5 GHz Octa-core CPU that delivers the best performance in the loading of apps and playing light games. The battery capacity is 3300mAh, which is Li-polymer, and non-removable. Internal storage is 32 GB while the RAM is constant at 3GB. You can get the phone at the MetroPCS official online store. 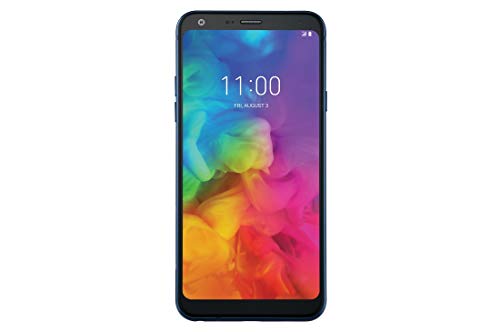 Q7 was launched a year ago and has received positive feedback in the market. The phone has a body dimension of 143.8X69.3X8.4 mm, and it only weighs 145g. The display size is an IPS LCD touchscreen with a resolution of 1080X2160 pixels. The screen size is 5.5 inches, which is quite convenient.

If you plan to get eh MetroPCS mobile hotspot plan, this device will work perfectly for you due to the network connectivity hardware. The phone runs on Android 8.0, and the chipset used is a MediaTek. It has a powerful Mali GPU for the best graphics when gaming or displaying content.

The memory card slot is up to 1TB capacity. For internal memory, it varies between 32GB and 64GB. For 32GB, you get 3GBRAM, while for 64GB, you get 4GB RAM. The main camera is 13 MP with extra features like HDR, panorama, and led flash. The selfie camera is only 5MP. It has an ambient sound system that will work perfectly for you, whether you have hearing problems or not. 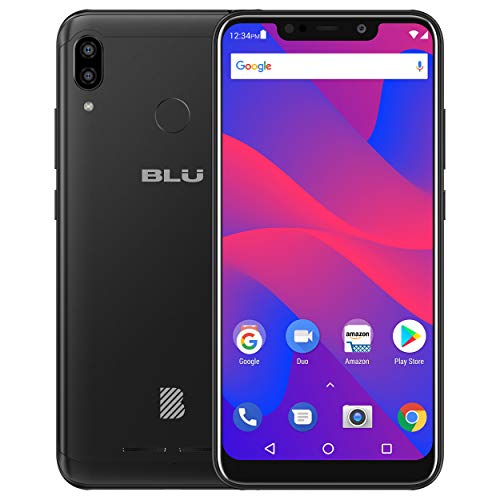 The phone uses Android 8.1, and the chipset used is a MediaTek MT6762, which works perfectly with the Octa-core CPU and the PowerVR GPU. It has a 32 GB internal memory, while RAM is 3GB. You can extend your memory up to 128GB with the memory card chip.

The main camera is a dual 13 MP and 2MP with features like LED flash and panorama. The loudspeaker is available and of high quality too. It has a non-removable Li-Po 4000 mAh battery that can last for a day under 3G network talk time.

From this review, you can easily choose the best waterproof phone you have always wanted. Also, in the current era, even the low budget smartphones have waterproof capabilities though it does not last for along time in the water. So, let not price be a determining factor for you to get such a phone.

The good thing is that MetroPCS offers payment plans just like the Boost mobile payment plans, which will be very convenient. Once you have a waterproof phone, you will never have to worry about replacing or repairing costs just because the phone fell into a pool or sink. The 7 Best Assistive Listening Devices for the Classroom The 7 Best TracFone Mobile Phones Under $100 Best Ways to Get Back Assurance Wireless Lost Phone